It’s taken a while but I’ve finally managed, for the first time, to build up a road bike from a bare frameset. This has been one of my bike-related dreams for a while and I feel very proud to have fulfilled it…and I’d happily do it again. 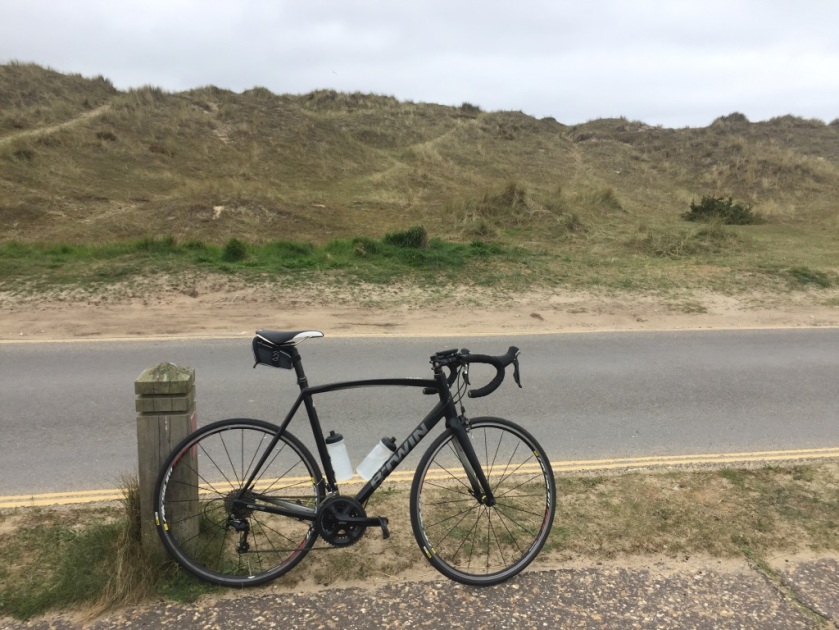 First, a bit of context behind this build. As a Winter bike, I’ve been riding a B’Twin Alur 700 for several years which has mostly been fine and has made for a reliable Winter / university workhorse. It’s fairly light and comfortable and has served me many miles, embarking on many club rides, sportives and the odd TT here and there. However, the rear brake is chainstay-mounted which has caused many problems particularly in the Winter months with all the mud and dirt getting caught into it and odd headset bearings. So I have been looking for a while for something that will do the job a bit better and also who doesn’t always envy a new bike?!

However, I managed to find a Specialized Allez DSW SL frameset, brand new too, for a very reasonable price. If that all sounded completely confusing, the Allez DSW SL is Specialized’s higher-tier aluminium frame featuring their D’Aluisio (named after the designer) Smartweld technology making for a lighter, stiffer and stronger frame.

I bought the frame around Christmas time last year but as I had my B’Twin up at uni, I didn’t get a chance to bring the old bike home until May. I then managed to transfer a lot of the parts over from the B’Twin and changed a couple of other parts in the meantime as to me, it made sense to. I ran into a couple of snags though, for example when I broke a stem bolt and had to wait ages to get a replacement and also holidays and work got in the way. I have only just completed it earlier this month and went out on my first maiden voyage the other day. I’ll do a full review and write up once I get to know the bike more but so far, so good. Here it is:

Wheelset: Mavic Aksium Race (these are still going strong from my original bike, once these are worn, they’ll be replaced)

Saddle: Fi’zi:k Aliante (this will probably be changed at some point)

Handlebar: Specialized S-Works Carbon Handlebar, 42cm (I upgraded this from the 3T Ergosum Pro handlebars I originally had as they were the wrong shape for me and I was so impressed with the carbon handlebars on another bike, I thought I might as well bite the bullet now if I have to tape them and mount the shifters / sort out cables etc…)

Stem: Bontrager Race Lite 100mm (this will be changed soon as well. Part of the reason why this post is so late was because I broke a bolt on the original Deda stem I fitted to the bike but I need to see how the bike works size-wise before upgrading.

Bottom Bracket: Unbranded BB30 (this will be upgraded when it wears out)

I’m not sure on the weight yet but I would imagine it to weigh in the low 8’s region. I’ll update this article when I know.

I would definitely recommend building up your own bike if you get the chance as you get to pick and choose all the components you want and also it means that you haven’t got to buy something you don’t want (ie. if a bike you buy is not specced how you want it and then have to spend money to upgrade). I would definitely do it again and over the years, as I have worked with bikes and know a lot more of how they work, I can upgrade or change sections at a time rather than just buying new bikes. I’ll say it again, building your own bike is an EXTREMELY rewarding process.