The 2018 model year bikes are now pretty much firmly released, so what better time to have a look and see what are the most exciting ones. Here, I will list my personal opinions of which bikes are the ones to have a look out for. This list will include a range of road bikes and some more off-road offerings.

This is a particularly significant bike as Trek have just proved that having disc brakes on a bike isn’t necessarily a weight disadvantage. The disc frame weighs a scant 665g, just 25g heavier than the rim brake SLR and 25g lighter than the first generation rim brake model. How Trek have done this is nothing short of amazing and it will be very easy to get one of these frames built up under 7kg. My only gripe with it is that Trek have decided to route the hose for the front disc brake externally down the fork with a zip tie – on a premium bike, despite the mechanical hassle, internal would look so much better.

The newest iteration of the Specialized Tarmac doesn’t really boast any big claims in the weight or aerodynamics department, but it does promise to do everything well. I’ve previously ridden the SL5 and own an Allez DSW SL which is based off the SL5 geometry so if they’re anything to go by, then the SL6 must be a winner. Even more exciting to look forward to is the imminent release of the new disc model – it’s been on the UCI approved list and there is talk of it being released during the Tour Down Under. 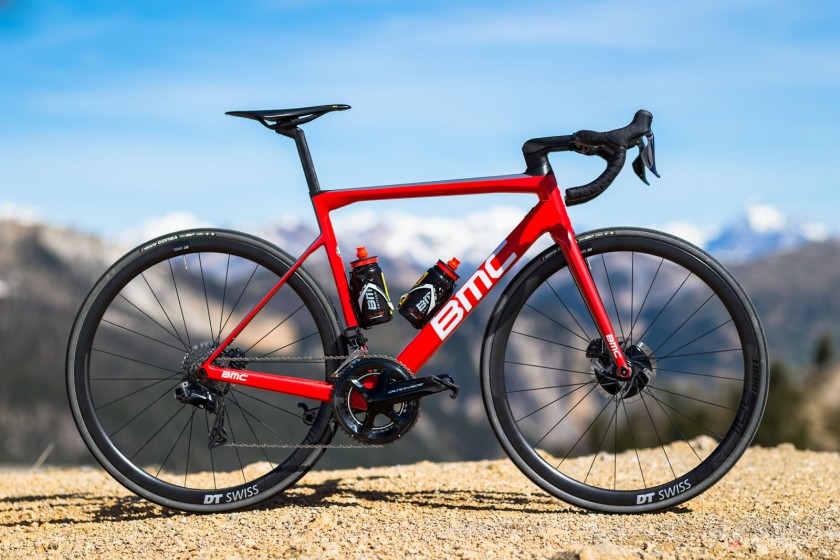 I love the previous iteration of the Teammachine SLR01 and the new one looks even better. It borrows a lot from the Roadmachine, a bike billed as the ‘One-Bike Collection’ that released last year, such as the integrated cockpit and lack of exposed cables. I tested the Roadmachine and whilst it’s an ambitious bike, I don’t think it quite manages to accomplish what it set out – I have my problems with it. That said, I think my problems with it would work in the Teammachine’s favour. My only gripe with the new SLR01 is it is obscenely expensive.

Moving away slightly off-road, the new Norco Search XR is a radical departure from the previous model. An adventure road bike, the Search XR is capable of taking both 700c and 650b wheels, is suitable for bikepacking with a plethora of mounting points for bags and racks and as well as carbon models, also comes in a luxurious steel edition too. My only issue with it is the size of the Norco logo on the downtube, which just looks a little out of place.

Now onto full-on mud, Specialized make a second appearance in this list with their revamp of the CruX. The CruX has gone on a significant weight diet for 2018 and is now a dedicated cyclocross machine instead of the all-rounder the previous CruX was – the Diverge now fills in the gap. For me, this is easily the best looking bike of 2018 and the S-Works frameset with the hydrophobic paint job is a work of art.

What would your picks be? Let me know in the comments.